Our trip out to the remote islands was slightly traumatic! Firstly a 3.30am alarm; secondly the announcement that we had an extra stop in Learmonth to take on fuel because there was a cyclone forecast and the plane may need to divert, but mainly because we were in mid air flying out to the middle of the Indian Ocean when I realised we had no passports! We think they had slid off the seat in the departure lounge at Perth! Credit to Virgin Australia staff. The pilot called Perth and an anxious hour went by (when the staff brought us extra refreshments to cheer us up!). Then we got the news the passports were at Perth airport! Next we had to persuade Christmas Island immigration to let us in with a photo of the passports and our driving licences! Finally, we hoped that Virgin would fly the passports up on their Tuesday flight, but because passports are legal documents, someone had to collect them in person. We decided I would have to fly back to Perth on Tuesday and return on the next flight Saturday! Then 2 angels came to our rescue. Elaine and John went to the airport with an authorisation letter from us and were able to collect the passports. They then posted them express delivery to hopefully catch the mail plane on Thursday!

Christmas Island itself is an awesome old volcanic mountain, now covered in limestone derived from ancient corals, sticking up 1200 feet out of the Ocean and covered in equatorial rainforest! It descends nearly 5000m to the ocean floor, and is located 1,600 miles NW of Perth and 250 miles south of Indonesia.

It is lush and verdant with an array of birds and crustaceans, many of which are found nowhere else on earth. A 4wd vehicle is essential to explore, and we bounced merrily up and down steep, and overgrown tracks to find tiny beaches, 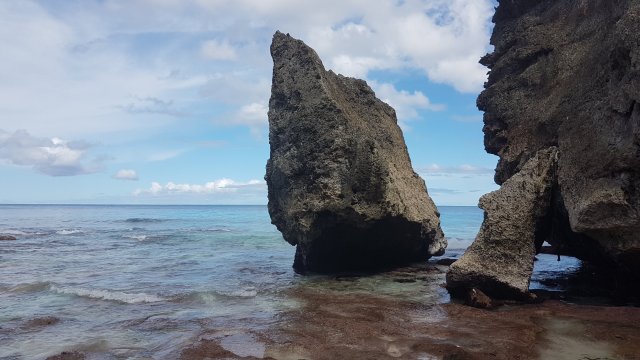 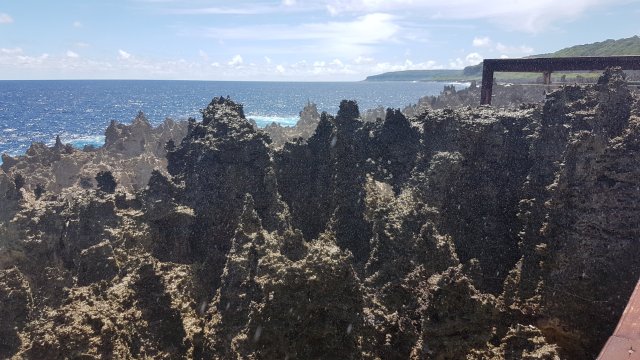 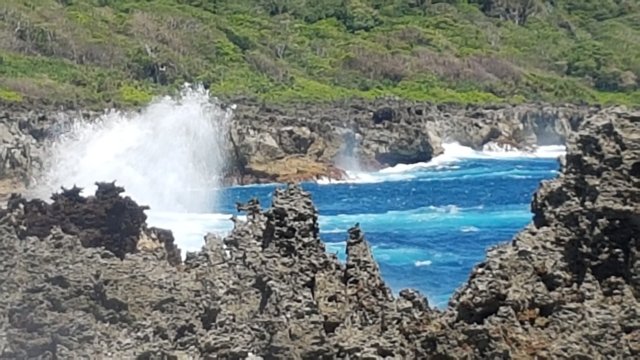 and nature galore. Nothing like a bit of grass down the middle of the road!

The crabs are the stars. The red crabs are famous for their massive migration in November, when 45 million crabs (yes, you did read that right!), leave their forest burrows and head for the ocean. Roads are closed, and tunnels and bridges provided! 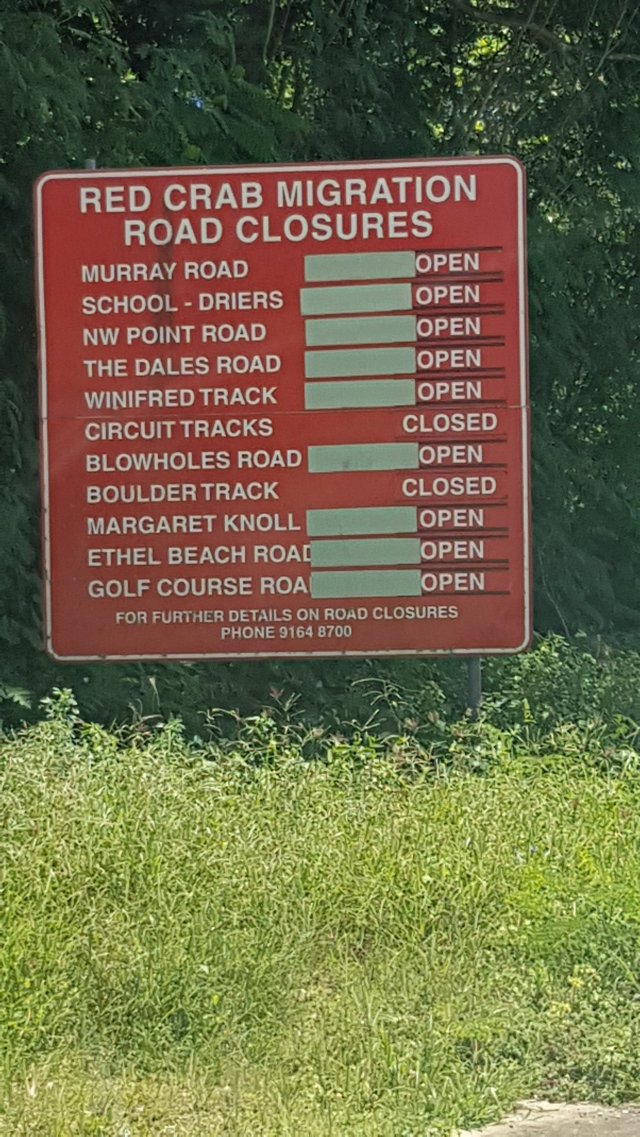 We missed that, but still saw lots of red crabs. You had to avoid stepping on them or driving over them. Signs tell you to stop or swerve, so if you are weaving from one side of the road to the other, just say you are avoiding the crabs! They ranged in size from 1 inch to 9 inches wide, each with its own unique artwork on its shell. 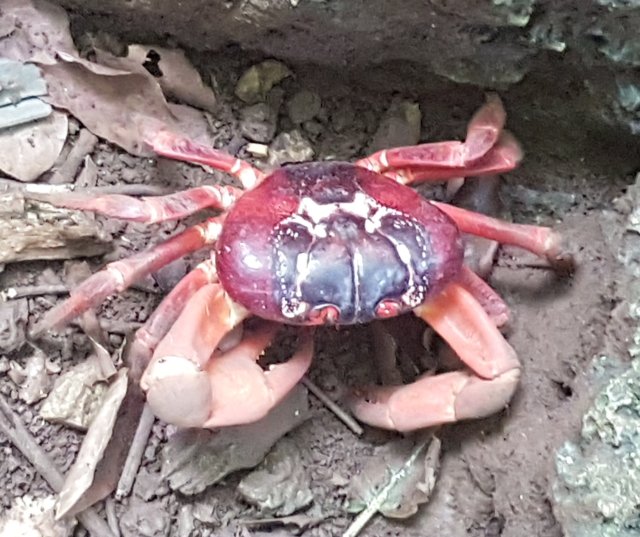 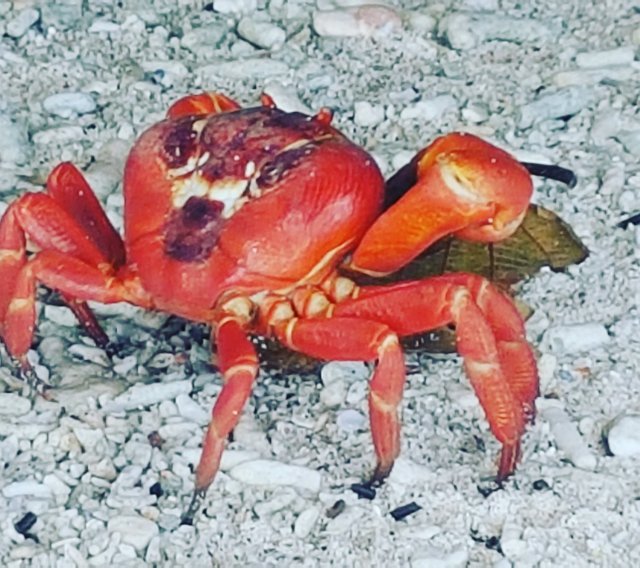 The other crab superstar is the robber crab, often the size of a football, and beautifully coloured and patterned. 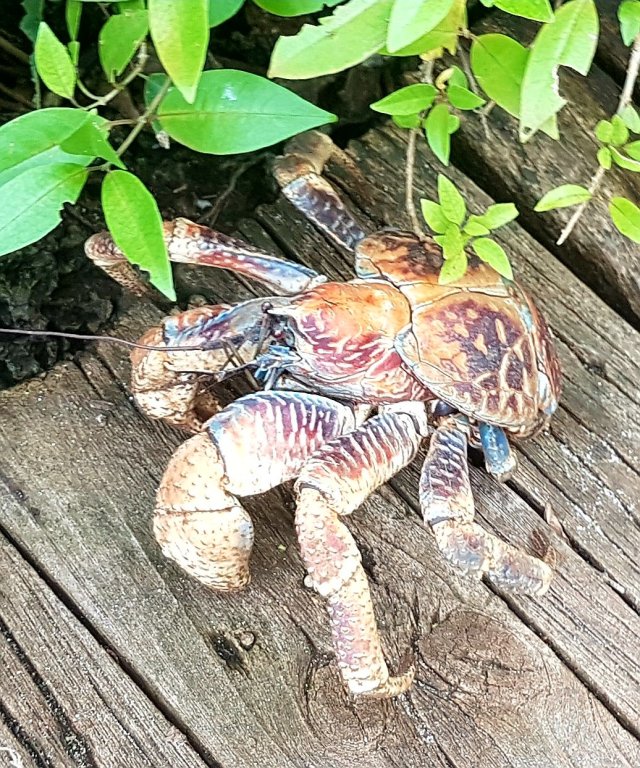 The blue crab is saucer size and such a pretty colour!

The birds are stars too. With huge wingspans, Boobies and Frigate birds float soothingly above us, while beautiful Tropic birds twist and turn and display to each other, using their striking long tail plumes. 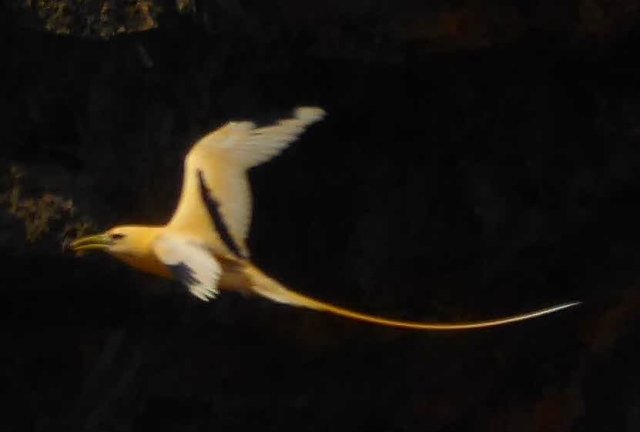 There aren’t many places in the world where it is appropriate to call out ‘wow, look at those Boobies’ as you are walking down the street!

Sunsets have been awesome, 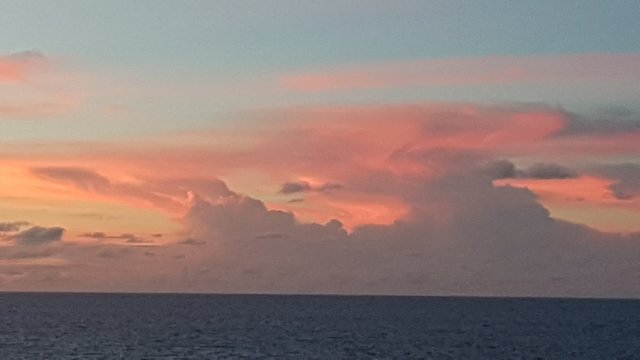 but the star of the show for colour goes to a popular local drink – Jack fruit and pineapple juice with ice! 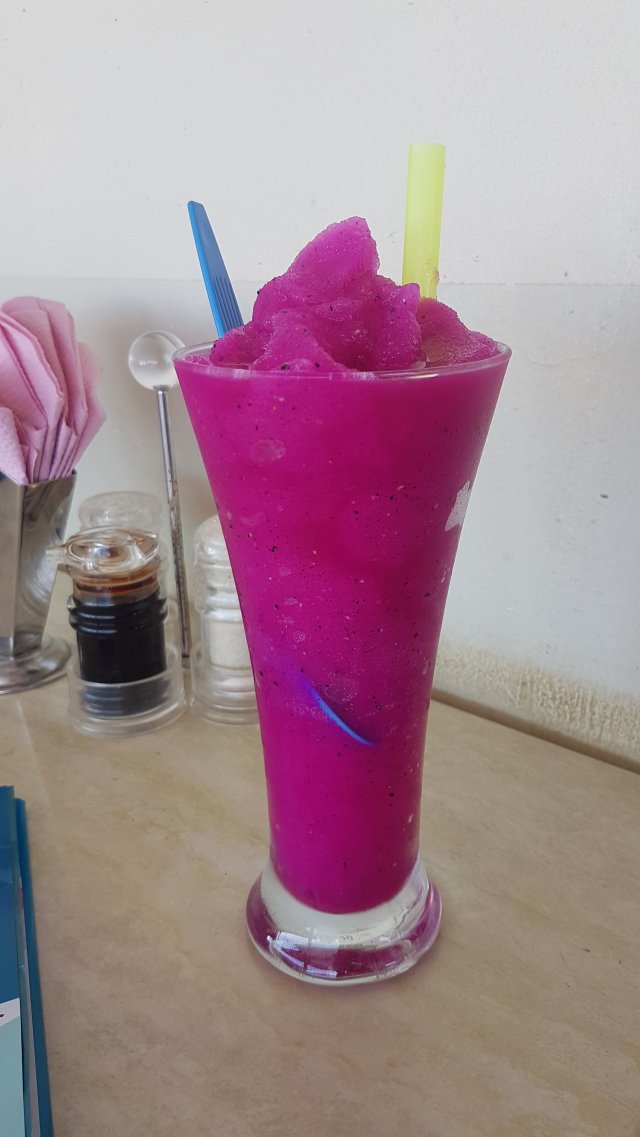 We also did walks to pretty waterfalls,

a grotto with a beautiful pool in the bottom and various viewpoints.

We paddled in the Indian Ocean, our feet close to fish, corals and, you guessed it, crabs! These are stunning corals.

All done in 30 degree heat and high humidity… phew, and we scarcely saw another person!

Paradise does come at a price! There are HUGE spiders

The inevitable cockroaches appear occasionally. We are quite adept at dealing with them, but tonight Chris discovered one had decided to hitch a lift in his suitcase! We had to unpack everything, shake it all out and then evict the little blighter out on the balcony!

Our final day was spent on a tour with Lisa who showed us Chinese temples, and took us on a hike to an amazing viewpoint where we watched the birds soaring below us. A Christmas island pigeon – once endangered, came and posed right next to us!! Look at that blue!

This magnificent island is however, fighting a battle between the phosphate miners who want to keep looking for more sources, and those who would like nature tourism to become the key source of employment and income for the island. It is an amazing destination, with great diving as well. Access is tricky due to remoteness and weather, but it is unlike anywhere else we have been. We loved it. Now we fly to the Cocos islands! We won’t know until Saturday whether a) our flight out will be able to land on Christmas Island for our connection to Jakarta, and more importantly, to let us pick up our passports, which hopefully will have arrived!! 😲 Watch this space!! 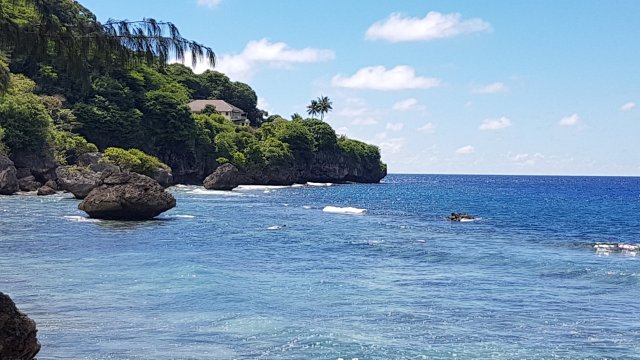