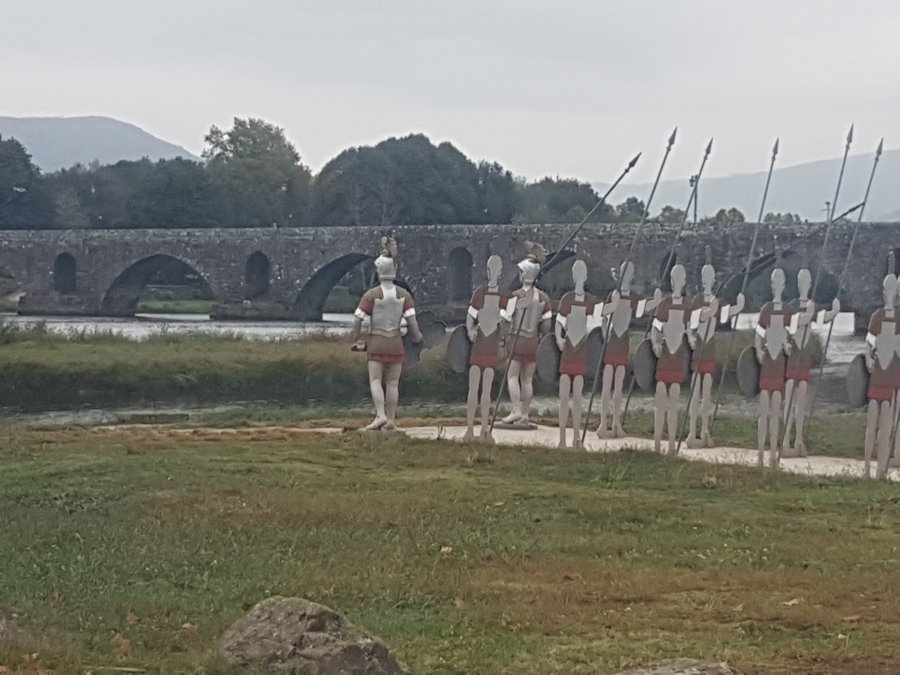 We drove into Portugal and immediately noticed the change in architecture and cultivation. Weird! Came to the amazingly pretty town of Ponte de Lima which claims to be the oldest town in Portugal. It has a roman bridge. . well part of it is original… and delightful buildings. Campervans park free by the river and we had a lovely, very inexpensive meal in the local taberna.

Our favourite thing is the sculpture of roman soldiers next to Boris.

On the opposite river bank is a roman general on his white horse.

In 135AD a roman general arrived here… his men thought the river was a legendary river Lethe, and if they crossed it they would lose their memory. The general rode across first and called every soldier by name to prove he had kept his memory! The soldiers are on this side…the white blob is the general on his horse!! This town is so lovely it plays classical music through it’s lamposts! Sad to leave! 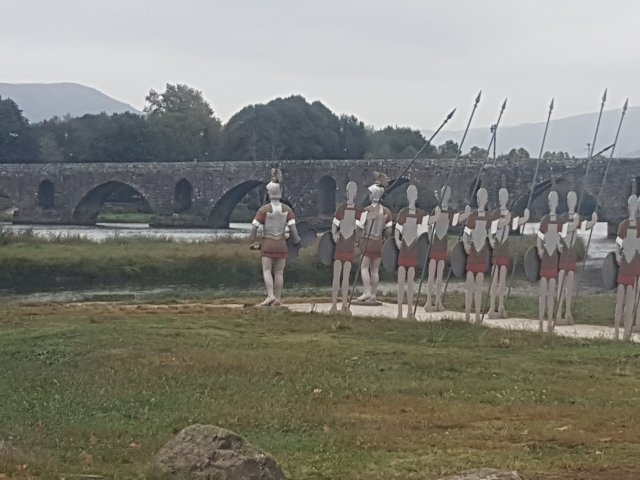 We can officially confirm that the forest fires are out…. you can stop raining now for a while..  please!!

Thankfully good waterproofs mean the rain doesnt stop us getting out and seeing the sights. And Boris is very cosy😊. The next day we drove to  Viana de Castelo on the coast. There are the remains of a large 500bc celtic village there which sadly was closed!! Also an amazing 1920s neobyzantine basilica (!) high on the hill, a beautiful 16th century old town centre and a restored hospital ship, the Gil Eannes, which was used to support the massive Newfoundland fishing fleets, and was really fascinating.

Then on to Porto. They have great free parking for campers on the riverbank opposite the city. Just a 2km walk along a lovely riverside boardwalk to the bridge across the river Douro. And back of course. Stunning on a balmy summer day. Fairly stunning in the pouring rain..  and more forecast Friday. We are here until Saturday… please can we gave a dry day then!

We did have great tapas in Jameo’s … including elvers…. a first for both of us. 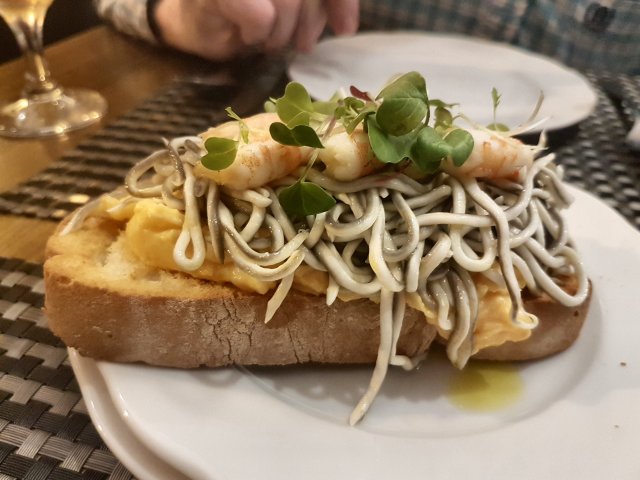 One thought on “Portugal at last!”